Lemminged: To be Herded off the Peak Oil Cliff by Filmmakers

According to an Associated Press article,

Fish don't know they're living in water, nor do they stop to wonder where the water came from. Humans? Not much better, as we share a world engulfed by television. And the deeper our immersion becomes, the less likely it seems we'll poke our heads above the surface and see there must have been life before someone invented TV.

Those are the opening words to the article "The Forgotten Edison of Television" which recounts the little known history of the television and its inventor Philo Farnsworth. Far from being a household name like a Thomas Edison or an Alexander Graham Bell, Farnsworth lived and died in relative obscurity in regards to being recognized as the inventor of television.

Unlike the flatscreen LCD and plasma televisions that are all the rage today, the no-longer ubiquitous cathode ray-tube-based television (those bulky TVs with the big bulge at the back) is based on an idea of Farnsworth's whereby a series of combined horizontal lines would produce an image. The first demonstration by the self-taught inventor came in 1927 at the age of twenty-one when he transmitted the image of a single line to a receiver in the next room, while the first image ever transmitted was, lo and behold, a dollar sign. Illuminating factoids aside, what particularly interests me is the locale in which Farnsworth first got his idea.

[A]s a 14-year-old Idaho farm boy and math whiz... [h]e had been plowing a field [with draft horses] when, with a jolt, he realized an image could be scanned by electrons the same way: row by horizontal row.

No doubt, having formerly been an aspiring filmmaker myself and now an aspiring farmer of sorts, I was astonished to learn that it was horse-drawn farming methodologies that inspired the idea for television. For not only that, but years earlier I'd already learned that in 1877 American photographer Eadweard Muybridge had lined up twenty-four still-cameras to take a sequence of photographs of a horse trotting by, a tripwire being utilized to set off a motorized timer (the point of the exercise was to settle a bet of whether or not all four of a horse's hooves were air-borne at the same time). Muybridge eventually combined various sequences as such onto revolving disks (known as "moving pictures," the "zoographiscope," etc.), and with these stop-action photos created the precursor for what we now call "motion pictures," or, "film."

So put aside the need for some melodramatic analogy describing our departure from the land to urbanized (and even rural) couch potato settings. Likewise, you can forget all those studies describing the dwindling amount of farmers that are left, and there's no need to compare all that to the amount of hours of television and other media we and our children consume every day and the amount of advertising we get exposed to by the time we finish our teen years. For while the transition is only vaguely evident in the creation of film, it is strikingly blatant in Farnsworth himself, the location and means by which he got his idea, and the kind of exodus from the land that although having already been going on since the introduction of fossil fuels about a century and a half earlier, was influenced to expand even further.

As evidence over the succeeding years has shown, it is arguable that nothing has proven more adept than television at distracting and removing us from things than tangibly matter in the world. But what television is best at doing is transforming us into passive viewers disinclined to involve ourselves with improving the political, social, and economic conditions we live amongst, something that no amount of "community programming" could ever hope to overcome. For regardless of the content (which is essentially filler for advertisements), since television isolates people from one another and precludes social interaction and conversation, it is thus a large contributor to the destruction of community participation and family life. Similarly, while isolating us not only from one another but also from the natural world, it's hard to imagine how we could ever have much informed concern about environmental issues when we lack much, if any, direct connection. As Michael and Joyce Huesemann put it in their book Techno-Fix: Why Technology Won't Save Us or the Environment,

Even if the message on TV is pro-environmental, TV viewing is intrinsically anti-environmental because it provides a substitute for experiencing nature first hand and because it encourages passivity, thereby undermining interest in environmental activism. In addition, because electronic media are able to make consumer products seem “more alive than people,” it is inherently biased toward materialistic consumerism, which is one of the causes of the environmental crisis.

So regardless of the content, television has abetted the creation of an increasingly unself-sufficient people who are not only sedentary and dependent upon professionals to entertain them, but are also complacent and acquiescent to the required advertising necessary to pay for the expensive technologies and equipment. In its own way, television has done its part in increasing the size of big business and contributing to the centralization of power in our societies, as well as in creating an increasingly consumerist and considerably helpless people who are thoroughly convinced they must continue buying more and more needless things.

Since the mass production of consumer goods requires mass consumption to keep the machines running, television – and thus mass advertising and mass media – has played a leading role in promoting and upholding these values. CEO Lowry Mays of Clear Channel, a media conglomerate with 900 radio stations in the US, plainly stated that "[w]e're not in the business of providing news and information... We're simply in the business of selling our customers products." Since television exists in a similar vein of selling what are mostly unneeded products, it's fair to say then that what television props up is essentially a false economy, done so under false pretences.

The greatest accomplishment of television then has been to pass itself off as a conveyor of entertainment, news, and occasionally ideas, since its real purpose has been to maintain an audience receptive to commercial advertising; or rather, it doesn't so much advertise products as much as it promotes consumption as a way of life. By bombarding audiences with an array of subtle and not-so-subtle messages aimed at breeding dissatisfaction in themselves, their cultures, and their values, the ultimate goal of television has been to convince people that human needs such as creativity, compassion, understanding, freedom, leisure and security can be replaced and satisfied through material consumption – and when that doesn't work, to consume more.

In a similar sense, I recall being told by some seed savers in New Zealand that boredom has to be taught, a condition adored by consumer society since it allows for a person to be easily stimulated by the market. As author William Deresiewicz puts it in an essay from the book Digital Divide,

Suburbanization, by eliminating the stimulation as well as the sociability of urban or traditional village life, exacerbated the tendency to both [boredom and loneliness]. But the great age of boredom, I believe, came in with television, precisely because television was designed to palliate that feeling. Boredom is not a necessary consequence of having nothing to do; it is only the negative experience of that state. Television, by obviating the need to learn how to make use of one's lack of occupation, precludes one from ever discovering how to enjoy it. In fact, it renders that condition fearsome, its prospect intolerable. You are terrified of being bored – so you turn on the television.

Since I don't want to be accused of favouritism, let me say then that I see little difference between television and film, not simply because of their similarly high overhead costs, their digitization and melding with the Internet, the embedding of advertising in films, nor simply because of the narcissistic fervour that they both exist amongst. Rather, I see little difference between them due to film's similar manner of undermining our sense of reality, whereby images of reality vicariously substitute for reality itself and the real world doesn't so much turn more and more into what we are shown on screens, but that our interaction with the world is subverted by technologies whose expectations of us are to consume an incessant diet of images. The result is the abetment of an overly visual culture, not just from that of screens, but through our acceptance of being goaded with visuals that bombard our everyday lives. (Thus the academic term "simulacra" hardly even begins to address the issue.)

Our coddling by the film & television industries becomes all the more pertinent when we begin to ponder how long into this post peak oil world of ours will the film and television industries continue to be financially viable, and frankly, how much longer they're going to exist for. But a less alarmist and a more useful question to consider is whether or not, as ardent watchers of film and television, we're going to have the psyches and the needed time to make the changes to ourselves and our societies in order to address the realities of peak oil and other looming resource shortages. In other words, would it not be wiser to be more attuned to the tangible world rather than the vicarious world?

The co-founder and president of The Land Institute, Wes Jackson, has stated that "we need to leave the use of fossil fuels in agriculture before fossil fuels leave us." If we're to achieve such a transition, then for various reasons (which won't be elaborated upon in this blog post), I think it's fair to say then that we similarly need to leave film and television before film and television leave us.

To put things in perspective, a little history lesson and an addition to the English dictionary:

While it's commonly believed that lemmings – little rodents – commit mass suicide by voluntarily marching off cliffs, this "fact" is completely untrue. Turns out that in 1958, and as part of the True Life Adventure series, Walt Disney Studios produced a "documentary" called White Wilderness. While the sequence filmed in Alberta apparently looks convincing (so I've read), not only do lemmings not reside in Alberta and so had to be brought in from Manitoba, but the little rodents were actually herded off the edge if not thrown over the cliff by the filmmakers themselves.

p.s.  That film with the lemmings in it? It went on to win the Academy Award for Best Documentary Feature. 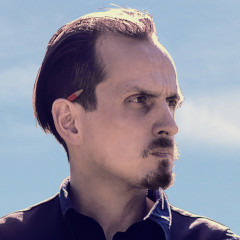 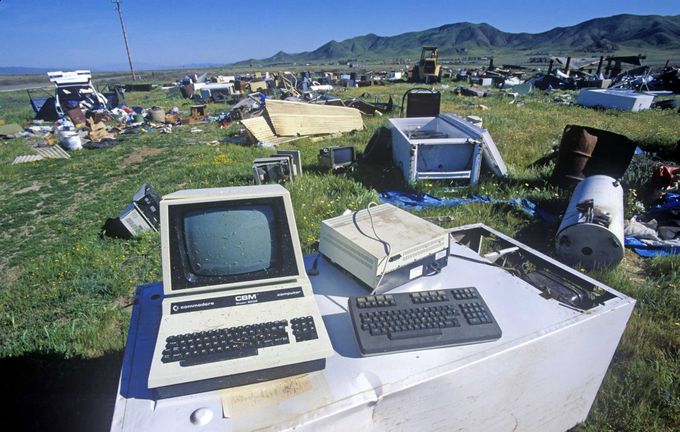 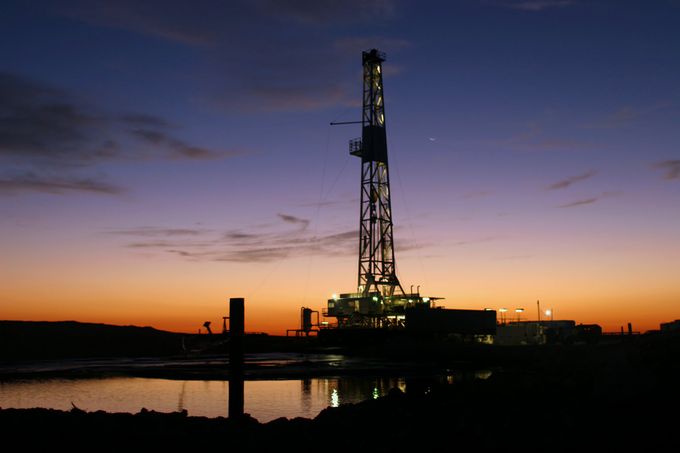 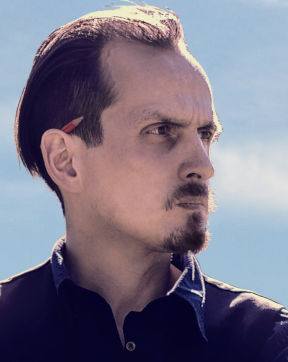